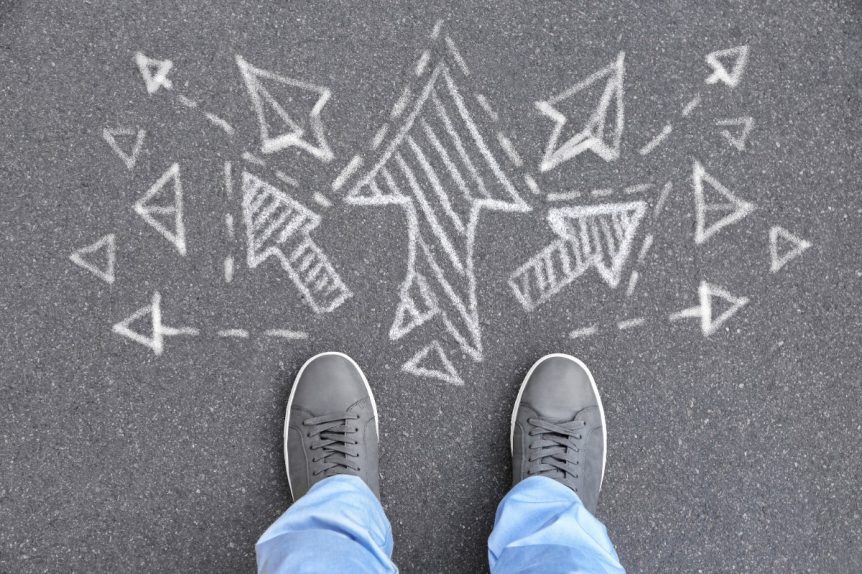 Friedrich Nietzsche, the famous German philosopher who is perhaps best known for his theory of the Superman, is someone who’s often misunderstood. His other famous (or infamous) work is Genealogy of Morals. While the two pieces of philosophy might seem dry and outdated by today’s standards, they can be of great use to people who are trying to let go of the things that are dragging them down. In fact, if you read between the lines, they can act as an empowering guide for modern living to help you take control of your life!

Understanding Nietzsche’s Genealogy of Morals and The Ubermensch

Let’s start with Genealogy of Morals. The book is a collection of three essays which, when read in their entirety, attempt to explain the nature of how man forms morality and decides what is right and wrong in the context of a society.

The first essay compares and contrasts what Nietzsche refers to as “master morality” and “slave morality”. In the former, those who are free, who are in good health, and who have power see these attributes as inherently good and moral. Therefore morality in this instance is that freedom and personal power are good, and that people who are weak, infirm, or who are dependent on others (as well as the enslaved, let us not forget them) are inherently bad. By contrast the “slave morality” looks at the masters who are oppressing them and labels the masters’ qualities of wealth, power, and even of happiness as inherently bad, while they themselves are inherently good for forsaking these things.

In other words, it’s the endless debate between the fat-cat who scoffs at the poor, and poor people who are asking why anyone would possibly need that much money and power. Kings and paupers never change.

The second essay in the work, “Guilt, Bad Conscience, and The Like,” talks about how guilt is used to control people’s morality. Guilt, according to Nietzsche, originally meant that you had transgressed in some way and you owed a debt. The punishment for that guilt was the payment for the debt. There was no morality attached to it initially, Nietzsche says. Guilt and punishment were simply ways to balance the scales of society and keep things in order.

All that changed when slave morality became the norm.

According to the philosopher, in order for society to exist, it had to reign in the impulses of the people in it. This meant that it had to make them see a desire to acquire power, to be independent, and to indulge their natural cravings as bad. That’s where slave morality comes in. Slave morality, the essay claims, turns people’s natural impulses on themselves, making you punish yourself for imaginary sins that you haven’t actually committed.

You know, like how you feel bad for wanting to finish off an entire box of donuts by yourself, even if you don’t. Same basic idea, just on a bigger scale.

All of this comes to a head in the third essay “What is The Meaning of Ascetic Ideals?” Nietzsche argues that asceticism (a practice where people deny themselves things they want or need that often involves fasting, living simply, etc.) is the product of a sick will. If you begin with a person, that person has natural desires and aspirations (like wanting comfort, entertainment, and to exercise their personal power). If society takes that person and binds them with slave morality, telling them that wanting things is bad and sinful, then they will punish themselves for having those desires. Asceticism is the furthest out-growth of this, where someone is so convinced of their own sinful nature that they will deny themselves anything as a way to control their environment, and themselves.

We’ve all met extreme dieters before, or those who are so worried they’ll lose control that they can’t show up to a party. Same basic idea, but taken to the level of becoming a monk.

It’s pretty powerful stuff. The idea is that by denying yourself, that you are in fact exercising your will as an ultimate authority. In essence you’re saying that you are in control, not your nature, your wants, or desires. The problem from Nietzsche’s perspective is that when you go to such extremes for no reason except that you have been told indulging your wants and needs is bad, you are letting someone else control your life and actions.

So Where Does The Ubermensch Come In?

Nietzsche’s theory of the Superman, found in Thus Spake Zarathustra is what the philosopher believes should be the natural course of all people, upon realizing that morality as it stands is flawed.

This is where we get to the good part; overcoming what other people say, and deciding for yourself what is important in your own life.

It’s a three-step process that goes something like this:

The Ubermensch is not a new construct, and in many ways it’s an old idea. It is the belief that a man (or woman) can look at life and the morality being offered, and reject it. That an examined life where one accepts themselves and their desires, taking on the role of God and decreeing what is good and moral from their own standpoint, is possible.

That’s powerful stuff, and it’s something you can use in your day-to-day life. So if you’ve been struggling, stop, and ask yourself what is really important? What matters? If you were allowed to create your own morality, what would it look like?

That’s what Nietzsche would do.

For more about how you can take control of your life, simply contact us today!